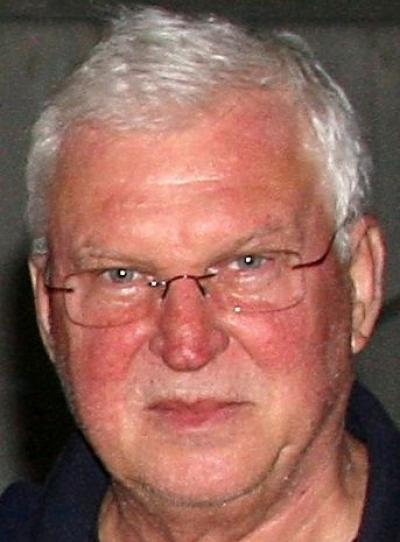 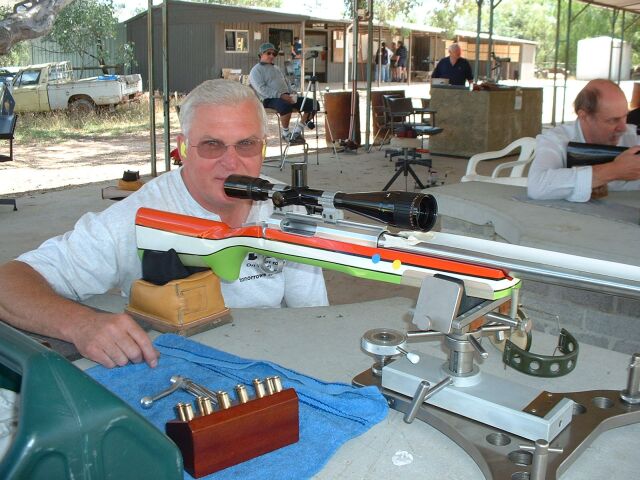 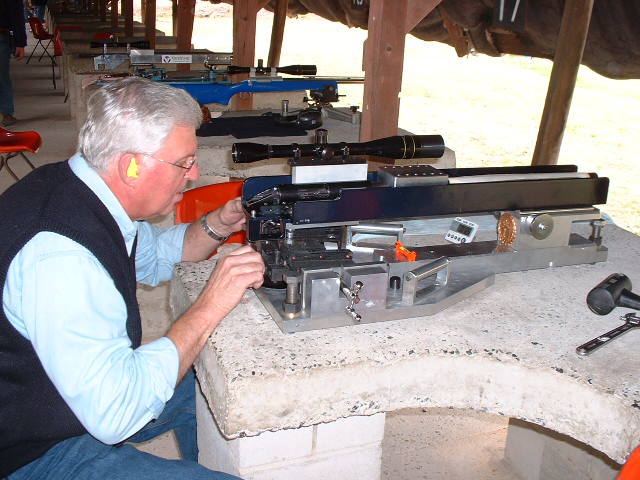 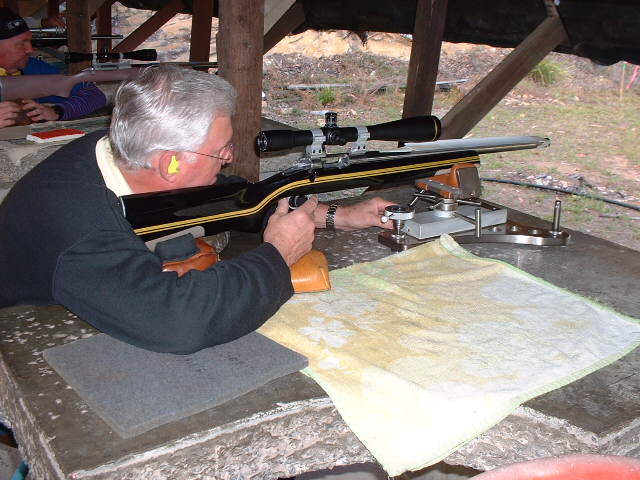 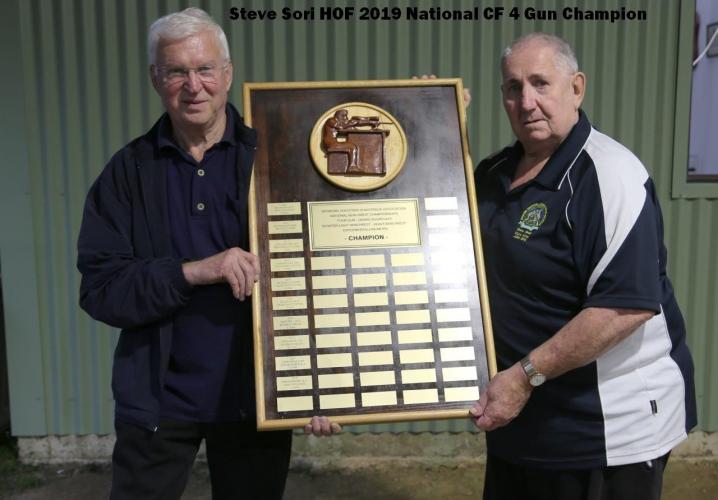 Reside in Sydney and home range is Silverdale

2003 at Silverdale. Qualifying point came in Experimental class along with the National record. The rig used was in 22PPC and built by Ron Marsden and previously used by his son Michael. The rig was retired from competition after this for sentimental reasons but ownership is retained.

Favourite ranges – Silverdale, Canberra and Coffs Harbour. All have well run matches and a convivial atmosphere during and post matches.
Least favoured – Brisbane and Jarrahdale. Not a fan of venues where the wind blows from any less than a dozen ways at once. Am ambivalent about Little River (Eagle Park) but at least the gale only screams from right to left or vice a versa as opposed to Brisbane and Jarrahdale.

Have not had the opportunity to date.

Actions – Stolle Panda and Stolle Teddy, Barrels – Kriegers and Harts,
Stocks - Kelbly and Treloar and finished by Alex Chryss, Scopes – Sightron and Leupolds, have my own reamers and do all my own fitting and chambering.

Don’t be discouraged by a bad target or match. Never give up after a few disasters or disappointments. The next match is another day.

Listen and learn, open your eyes and ears especially when the most experienced compete and if the opportunity arises engage them in conversation or better still ask their advice, most are very approachable. Make an effort to find a mentor.