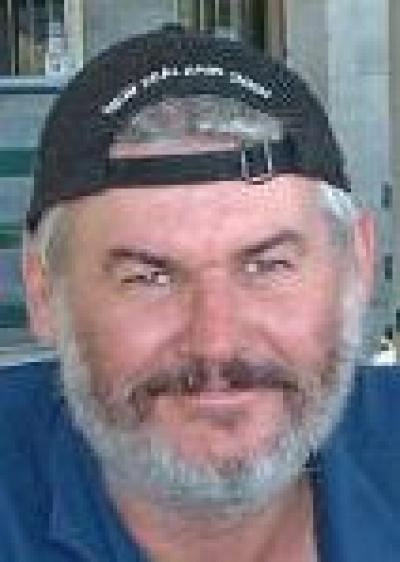 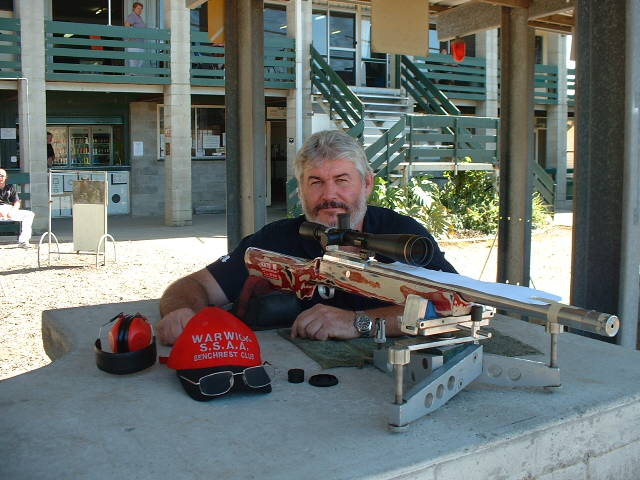 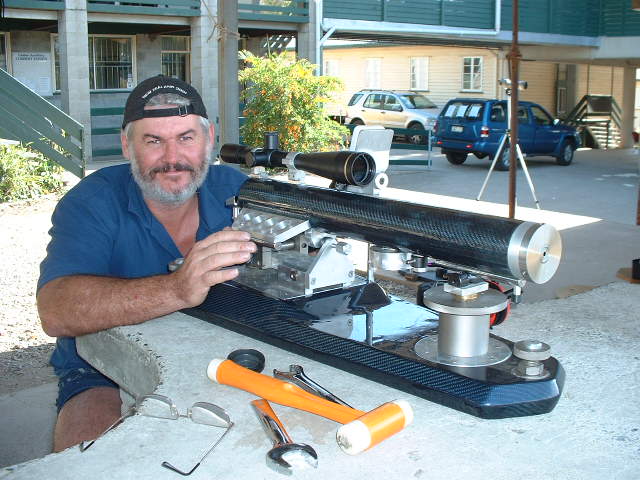 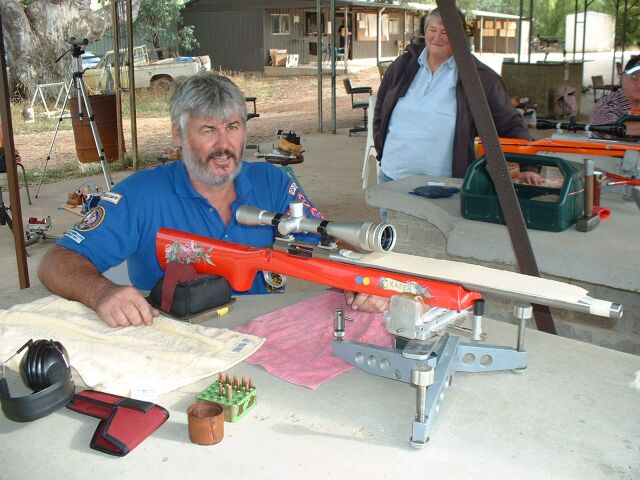 I started rimfire at Belmont in 1988 for several years, went quiet for awhile (kids) then started rim fire again in 1994 and center fire in 1995 at Belmont

Alan Swan, Nick Catlan and later on Paul Sullivan was always giving me a push.

Most club stuff was a toss up between Warwick and Brisbane, but now I travel all over.

I like Coff’s as the pick of them, then Canberra, Warwick, Portland. I always like ranges that put up a challenge with a variety of conditions, which is most of them. If I can’t get a handle on it at first I am always eager to return and have another chop at it. I dislike ranges that sit there and are predictable, I find this boring, as the guns ability will win the day not the shooter.

Coff’s is always on my Calender

1 - Old faithful 6SP Panda/Borden/Jewell which has had many scopes attached and a variety of Maddco and Hart barrels
2 – 6 SP Viper/SPG/Maddco and Kreigers and has had many scopes attached.
3 – 6 SP Bat DS/Pro Cal stock of some sort/Kelbly trigger/ Bukys conversion on a 40x Leupold (under construction). Will be fitted with Shilen and Kreiger barrels.
4 – Jay Young Rail with the 6SP Viper /Shilen 1 ½ / scope doesn’t matter (under construction)

I have always had this thought from when I was a young kid. “ If he can do it then I can do it too”. And this has got me in a lot trouble over the years as I did not realize that the person had spent considerable time, money and experience getting to where they were.

I still have that theory, but now I sit back a little and look at what that person done to be successful. You can spend a lot of time on philosophy and everyone approaches if from a different direction and still achieve the same result.

What advise would you give to new shooters?

Enjoy the competition and the company first, you can spend a lot of money on equipment and you will not be successful. Experience and knowledge will move you up. Understanding how your equipment works in detail will help overcome those little problems that pop up during competitions

Most successful bench shooters are approachable and will give good advice.

BRT’s training course will give you big jump forward.