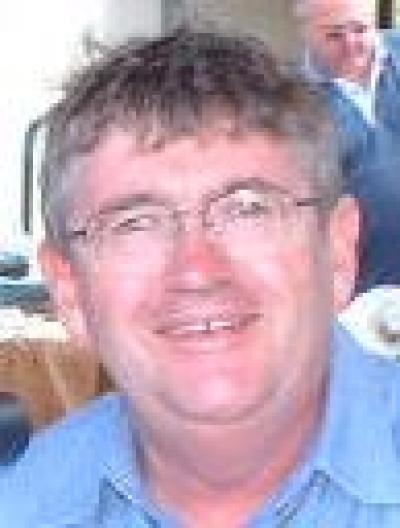 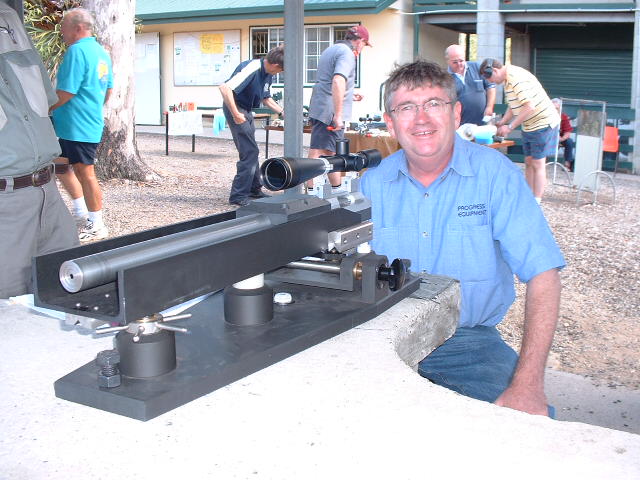 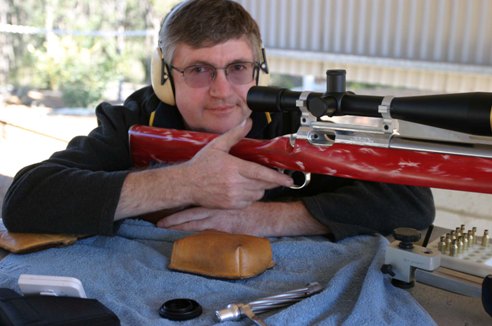 I live in the foothills east of Perth and shoot benchrest at Jarrahdale but still actively shoot other disciplines at Perth Field Rifle and Southern Districts.

Started around 2003 after being offered a secondhand BR rifle in the shop.

Jarrahdale is a close knit club – we all help each other with a lot of reverse psychology (read sledging). Harry MacDonald was the man when I started and Steve Brown was the rising star.

This was a 6PPC RB/RP panda in an early McMillan.

My first point was my first yardage in a nationals – 100yd sporter in 2004. The barrel had never been in the rifle before and I used loads from my LV – talk about beginners luck!

We currently only have one centrefire BR range in WA – Jarrahdale. We are a very active club and shoot a lot of registered matches.

I don’t have any preferences for the ranges – it is the competition and people I like so they are all good.

The first match I won was the Doug Barnes HV in 2003 – Doug is a close personal friend and mentor and the win pleased him as much as it did me. I now enjoy this match more than any other.

Panda microport ejector in a Kelbly SPG – barrels are varied from Maddco, Hart, Shilen and Krieger. Leupold comp scope. I make my own projectiles and have done for several years – more out of supply continuity then anything else.

I shoot for aggs, not small groups – I am happy to take a safe group rather then risk a disaster. I have only had one screamer so far – maybe it’s my poor eyesight!

What advise would you give to new shooters?

Have confidence in the equipment and get that fifth shot in!