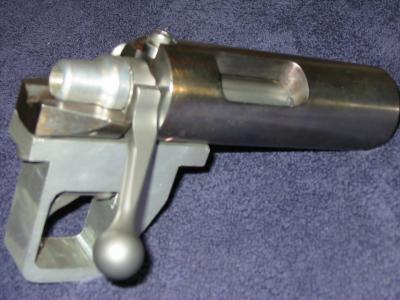 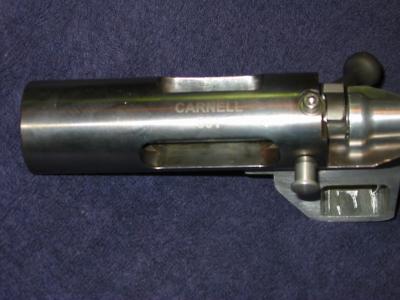 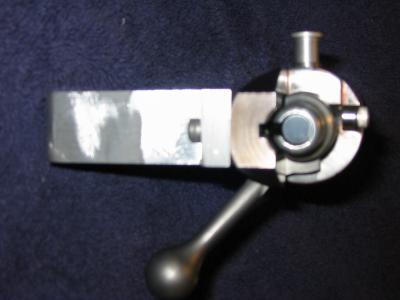 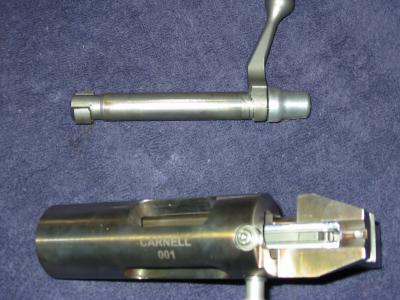 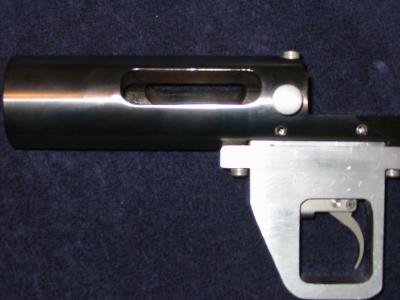 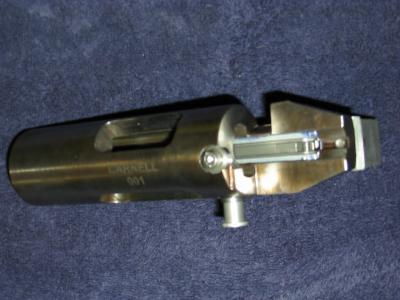 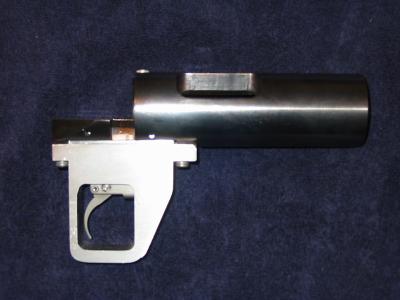 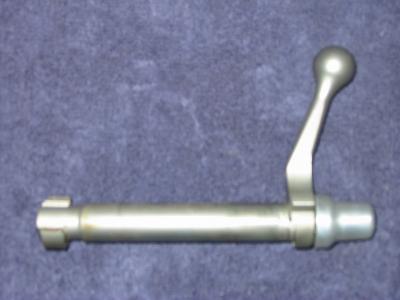 If you ask my wife (update ex-wife now!), she would say we have only had a temporary marriage over the past 4 months, because I have been in my workshop so much!

I decided to finally begin the project I have always been contemplating, building my own action.

First, I had pretty clear ideas as to what I wanted. I planned that the action would be fitted to my tensioned barrel experimental.

I decided on a stainless receiver, of 17-4 material, the same used in the Nesika Bay action which I shoot in the varmint classes. For the bolt, I liked the idea of 4140, same as the Stolle Panda. Action threads were to be 18TPI, same as the Panda and most others. There were to be 2 ports, a large feeder port on the left, and a smaller ejection port on the right.

Action design would be round, large diameter, with an integrated trigger hanger and trigger guard.

Bolt was to be Remington style and utilize a small diameter firing pin. Since I did not need a long action for bedding as the action hangs out the back of the rig, I decided on a 600 length bolt. I decided on a sako extractor as I like the positive feel of it.

The project began with the receiver. I managed to locate the 17-4 stainless after a bit of hunting, and purchased enough to build 3 receivers at the same cost as for one!

I cut the receiver about 25mm long and chucked it in a 3 jaw chuck. Next this was drilled, bored and reamed to 45/64”. Action threads were cut while in this setup. Then the receiver was placed on a mandrel run on centres and the outside turned concentric with the bore.

The bolt raceways were to have been cut with my shaper, but as less stress is induced in the steel with wire-cutting, I elected for this method. This was done by a specialist toolmaker and took 6 hours to complete!

Next job was cutting the bolt handle recess, the extraction cam at the rear of the action, and the sear clearance slot, which were all done with a slot drill and endmill. I used a standard Remington 600 bolt as a template and made the receiver fit the bolt.

The receiver was then inverted and the trigger recess was cut. A flat was cut on the bottom and 2 x 3/16” holes were drilled and tapped to hold the trigger hanger/guard. I was not game to use 1/8” as on the Panda as I was worried about breaking a tap. As it turned out, I broke the 3/16” tap anyway, and had to get it removed with spark erosion.

The bolt stop was a pull type like that used on a Hart, but with flats so the whole mechanism can be removed with a spanner.

The bolt was quite a challenge. First job was to turn the outside to a press fit inside the receiver leaving a larger knob on the end for the lugs. Then the bolt was turned around in the chuck, and the case head rebate and cone face were cut. I also drilled the 1/16” firing pin hole in this setup, so when the pin would line-up when I drilled from the other end.

The bolt lugs were next on the agenda. I placed the bolt body in the mill vice and milled a flat on the top just until it met the outside edge of the turned diameter. Then I calculated the depth of the cut to form the lugs and cut them on both sides. Next I turned over the bolt and did the same thing on the other side. Whilst there, I did the cocking cam cut at the rear of the bolt.

Next was creating the round part on the bolt nose to match the raceways. This was quite difficult to do, but was done with a small diameter end mill with the bolt turned in a rotary chuck. Small indexing and light cuts were the order of the day.

The bolt went back into the lathe, and the firing pin hole was drilled. This is stepped and was done in stages, then the 1/2” UNC thread at the rear was tapped.

For the bolt, I purchased some parts from Brownells in the USA. I got a Holland 17-4 stainless extra long handle, firing pin and spring, and bolt shroud. These are all stock items and saved a lot of time. The bolt was for a 700 and had to be shortened as well as the tip ground to suit the smaller firing pin hole. I was able to made a jig that threaded into the 1/2 hole and held the bolt handle in place. I asked on benchrest.com how to attach the handle, and Jerry Stiller who makes the Viper action in the US suggested welding, which was easily done by a specialist, as my welding skills are right up there with my brain surgery!

The whole lot was then given a bit of a polish, then it was on to the heat treatment phase. I elected for 37RC for the receiver and 40RC for the bolt. Thanks to Jackie Schmidt, Jerry Stiller and Ashley Palmer for advice on heat treatment via Benchrest.com.

Final job was to lap the bolt in, as I made it with extremely small clearances and it was very tight.

I am quite proud of the final result, and I am looking forward to see how it shoots. Next job is to fit a new Maddco barrel to it and get it into the rail gun and shoot it.