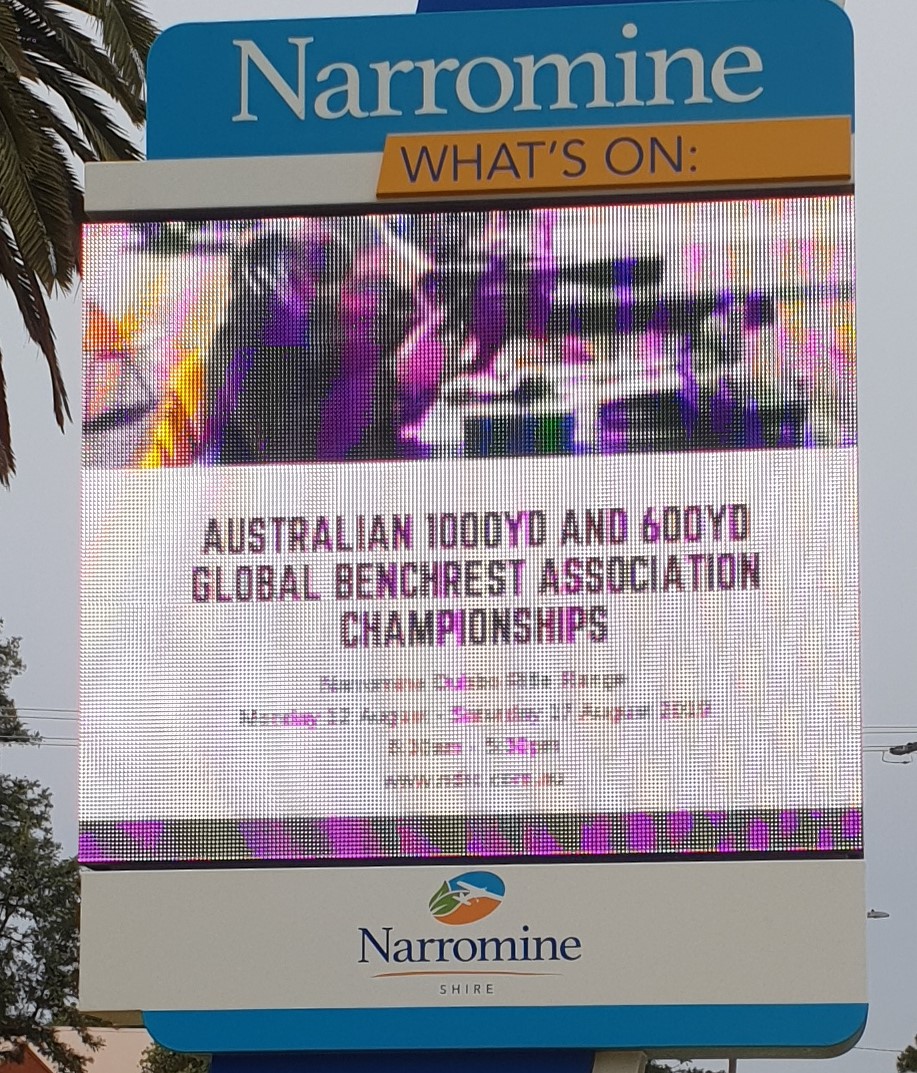 The inaugural Australian Global Benchrest Association 600/1000yd Championships will be held on the Narromine Dubbo Rifle Range from the 12th to the 17th of August.

We are indebted to the following organizations and individuals for the ongoing advice, assistance and sponsorship that they have provided.

Chairman Mr. Jeff Green and the Committee and Members of the GBA.

we are also very fortunate to have a mayor and council who support and promote our LRBR matches to the general and travelling public.

for this year's and future Australian GBA 600/1000 yd BR National Matches, all relay winners of small group and highest scoring target will be awarded the just released GBA badge pins.

once again we are indebted to the GBA committee for their generosity and continuing support of our international LRBR matches.

The Narromine Dubbo Rifle Club would like to thank the following organisations and individuals for the sponsorship and assistance they generously provided for the Australian Global Benchrest 600/1000yd BR Championships.

Due to the very generous sponsorship provided, we were able to provide prizes to the value of over $6000 for the 600 and 1000yd BR Matches last week.

I would also like to thank all of the local and visiting shooters for the assistance, flexibility, cooperation and friendly atmosphere they provided prior to and during the week of LRBR competition.

Overall the weather encountered was extremely shooter friendly, with the exception of Friday, which unfortunately resulted in many competitors placing a shot or shots off the 1000yd BR target, which prevented the these shooters having their overall group and score aggregate results being included in the final compilations.

however these shooters were still eligible to win the engraved knives and GBA supplied relay badges for small group, highest scoring target etc.

Future NDRC 1000 and 600 club and major championship LRBR matches will now be organised and run by Simon Etcell, Brian McKinnon and Martin Wynne.

2020 match dates and details will be provided on the various forums in the near future.

Attending shooters have the choice of entering and competing in the following classes of LRBR competition.

(note -- as can be seen for the HGB, LGM and 308/223 classes, the attrition due to the weather resulted many competitors being eliminated from the final standings)