To All Fellow Shooters,

We at Colo Benchrest Shooting Club believe, now that our range is nearing completion of the construction phase, it is time that we let all Benchrest Bulletin followers know what our intentions are, for the usage of our range.

First and foremost, as the name suggests, Colo Benchrest Shooting Club is predominantly for Benchrest Shooting. We will be conducting Benchrest shoots throughout the calendar year. We have 50m, 100yd, 200yd and 300yd target lines and have also surveyed and set out for a five (5) Stand DTL shot gun trap (with construction soon to commence). We are all certified instructors and with that, will be conducting firearms licensing courses on/at the range. We are also looking at conducting Junior Development courses soon after opening the range.

Once per month, we will be holding a Club competition, incorporating a Custom and Factory class with medals for Top Three (3) and patches for Top Ten (10) place getters. Also once per month we will be having our own 300yd (not fly, not bat, not moth) but our own Bull Ant Shoot where patches will also be available.

Re-loading classes will be available every second month and registration will be required to confirm a place in the class. We have also approved for several larger Benchrest matches throughout the year with trophies and patches for Top Ten (10) places. We also have plans for at least one (1) shoot as a Perpetual Trophy, which may be incorporated into a "Super Shoot" if the numbers of shooters are interested.

We at Colo Benchrest Shooting Club (CBSC) have competed in the National Benchrest Championships throughout Australia along with competing in the Pacific Regional Shooting Championships in New Zealand. Peter has represented Australia by shooting in the World Benchrest Championships in France, with the team finishing second (2nd) in the Teams' event and placing in ninth (9th) position outright. We have finished in the Top Ten in many events within NSW and QLD titles. Kerry has won the NSW State Titles in the Experimental Class whilst Jason has won the 300yd Fly Shoot on several occasions along with most other awards at both the 300m and 500m Fly. With this behind us, we believe we are in a good position to conduct Benchrest Classes at our range at Colo.

Our monthly Club shoot's will certainly advance any new shooter to the world of "Benchrest Shooting".

We have rifles for hire ranging from standard .222 hunting rifles, to .243 Ackley through to some 6PPC competition rifles.

CBSC will be operating on Saturdays and Sundays from 9am-5pm during Summer time and 9am-4pm during Winter time. A decision on the addition of more days of operation will be made within 3-6 months of opening.

NOTE: We do have calibre restrictions of up to .308WIN (restrictions placed by the Firearms Registry) so please be mindful not to bring any calibre larger than a .308WIN.

Generator power is available at our large loading shed, kitchen, ammenities block, sign-in office and firing line. There is plenty of room for tents and caravans (you will need a small generator) as no power is available. We boast one of the nicest ammentities block seen at any range with an ambulant bathroom, re-loading area and carpark area, near the firing line. There is also a community BBQ area, for you to cook your own.

Entry conditions: Enjoy your stay and have fun shooting !!

Hoping to see you all soon (Firearms Registry timing permitted). 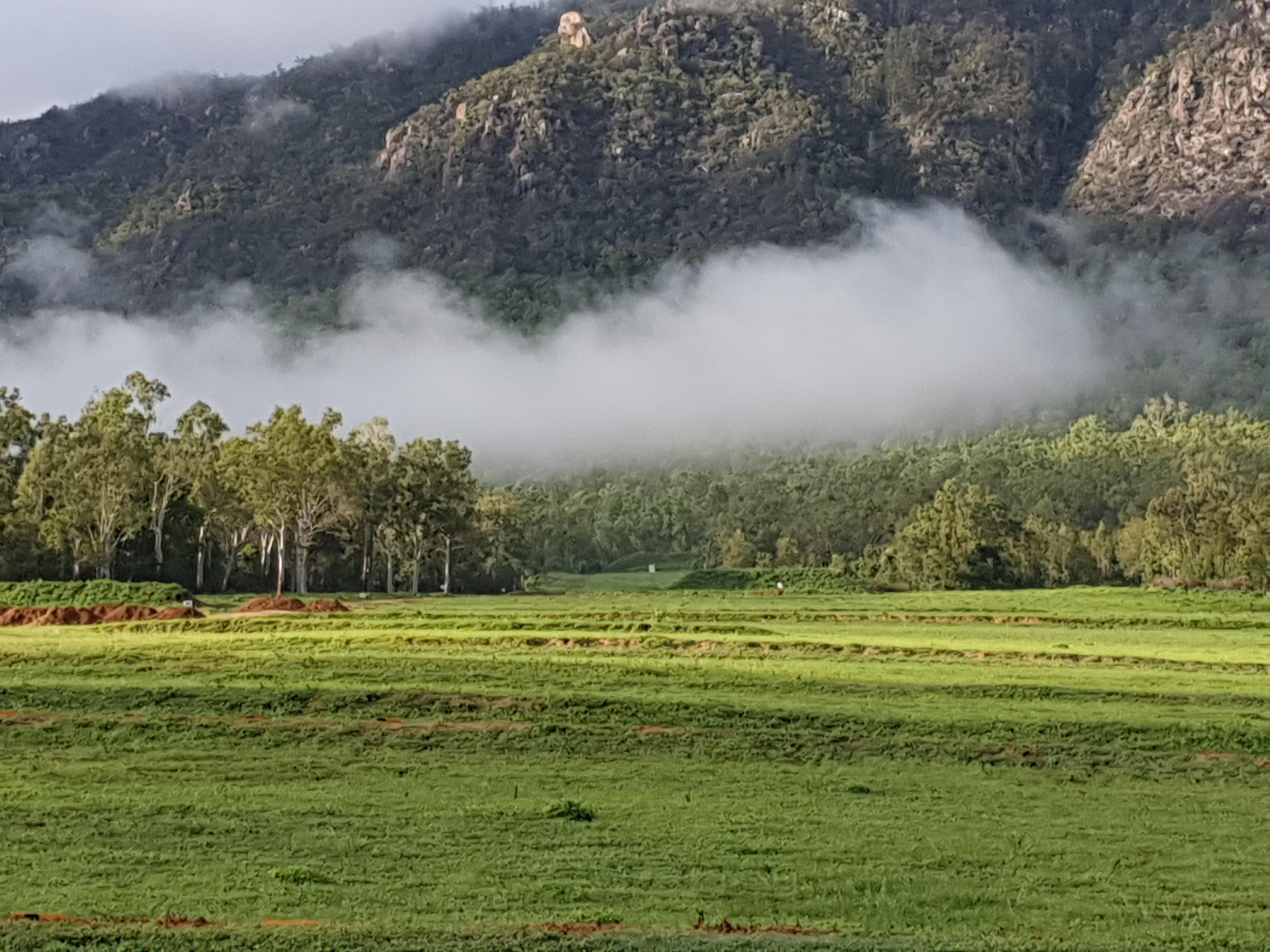 Thank you for your kind words Wally, we look forward to seeing you down here in the warmer weather when we are up and running. We will wait until we get our first 40 degree day before you get the invitation, just to make you feel at home. We will send you some photos of our target frames in place soon. They need to be painted first, before they are bolted in position but bare in mind that down here, the Firearms Registry will not allow any steel "showing" forward of the benches. We got around that by placing a dirt mound in front of them. We will then use pine timber frames to fix our "fixed" targets to.

If we can help with any information to make your life easier in building your range, please do not hesitate to ask us.

Well thanks for your reply and the offer of help as it will go a long way come time to submit all the ideas for things biggest problem is we have to share with all the other disciplines so a lot of things will be of a comprised nature but may get away with a few things as you know we can either build in meters or yards we prefer to go with yards as this keeps everything on a par with other ranges other thing is we don’t suffer with the steel problem forward of firing line as we have approval to shoot steel targets so bit of a saving grace there as long as they don’t get shot up that would be a drawback I will be at you some stage in future for idlers on things and stuff E C T only other prob is cos we are so big and diversified i.e. the shoots pistol shot gun rifle and we are all vying for the dollars which is a bit scars at moment as this virus thing has kicked the income right in the arcs cross the board it this stage long term looking at a further two years conservatively but getting there survey is done and a few other bits I would like to see your frames in position as this is a great help when putting things together
As for your invite in the wormer weather of around the 40 degree mark this would be great and as I say am looking for would to having a shot and snooping around snapping photos of all the league bits backers moving and standard how to hold these in place E C T thanks for the reply

Looking for would for a shoot down your way cheers for now and thanks in advance for the photos when you have time to send could use my email if like simple one wally289@bigpond.com 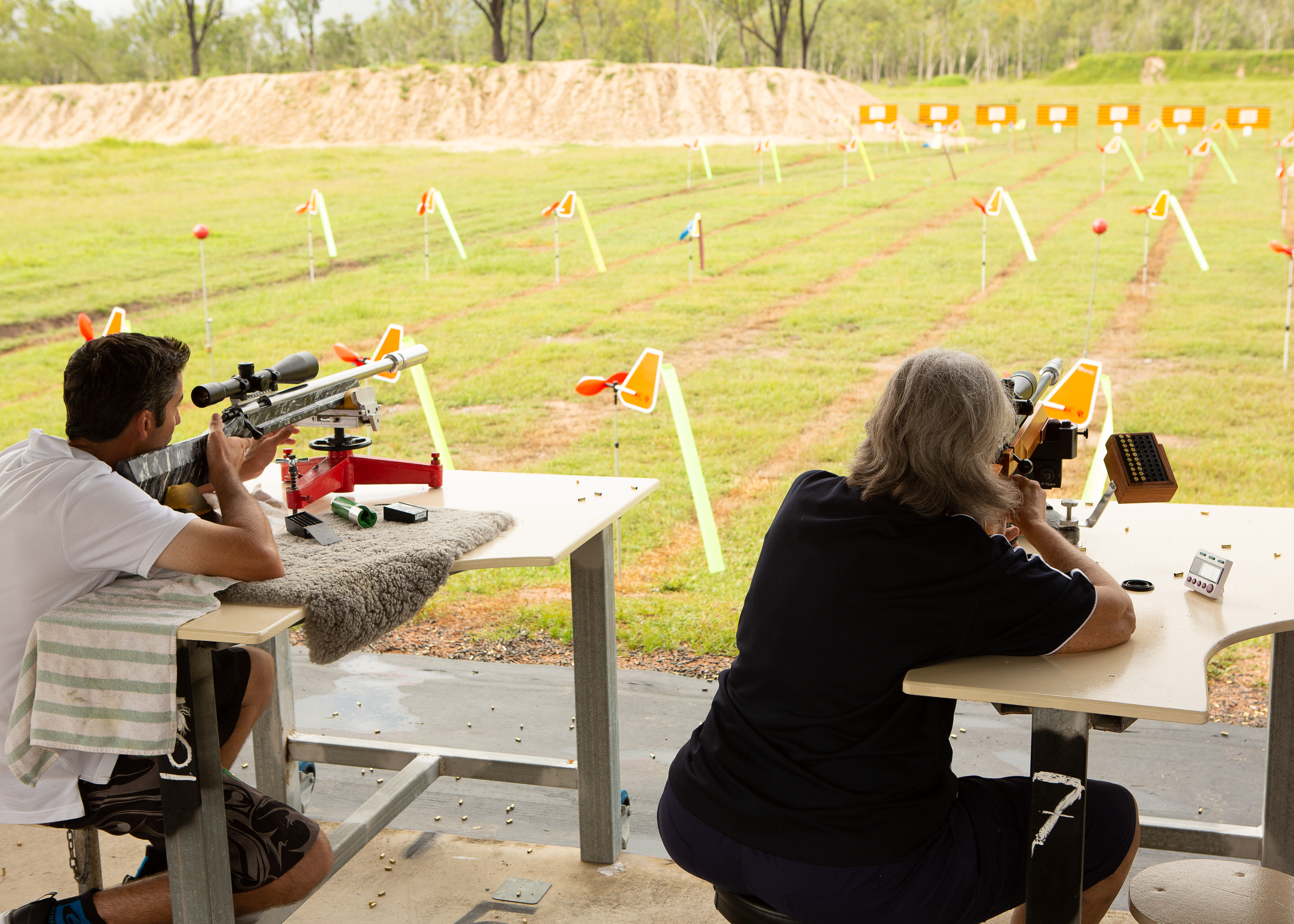 With the proliferation of Benchrest Air Rifle events overseas, and to a small extent here, do you see any room for expansion into holding similar comps in the future?

We do have a mound 16m out from the benches but at this early stage, we can't see us shooting Air anytime soon.

Just at a club level we have gradually been experiencing more and more new shooters solely interested in Air Rifle. I’m assuming this is being driven by social media but for whatever reason bums on seats can only be good thing for all of us. The big ticket events, especially in America, seem to be the 100 yard+ competitions something I’ve not seen over here. Food for thought maybe?

This is a great thing for the sport and it looks the goods too, all reports seem to point to a win for the shooters.