It is with sadness I report the passing of Skip Gordon on 30th August aged 92. Having known Skip since 1975 the reporting on Johanna's passing in January 2018 is mirrored as both the Gordons were amongst our nearest and dearest. We spent a heap of time together both here and in the USA over the past 40 years, living and travelling together.
Following Johanna's death after a couple of years of poor health during which time Skip was her carer he sold up and moved back to his roots in the east of USA. However he was truly diminished and said many times it was tough but managing as the light in his life had gone out.
Skip was known as Mr Super Shoot but had retired from organising the events some years ago. During his 92 years he lived a varied and productive life and lived it to the max.
Condolences to son Conrad his wife Julie, daughter Dia, step son Hans, their families and Skip's siblings.
Rest in Peace Skip now with his beloved Jo Jo.
Ann Brummell

Skip will be missed

Skip arranged for a team of US shooters to come to Australia and shoot 2 matches here, Australia Day 1975 was the first. This group included people such as Bill Minneman (MTM crtridge cases) and Ed Shilen (Shilen barrels). Shooting against these legends was the first time most of us ever competed with international shooters. This was the first time I met Skip. He was a bit of a mover and shaker in the sport of benchrest, and he was the man responsible for the first US Super Shoot.

I accepted his invitation to visit him in the US and attend the 1977 NBRSA Nationals at Kelbly's. He told me not to bring anything and he arranged via Fred Sinclair to loan me a rifle and everything else I needed to compete. I was not even permitted to pay for components!

Skip felt an affinity with Australian shooters and penned a column in Australian Shooters Journal for a few years.

I found a couple of old black and white photos from 1977. Skip is the guy holding the camera in the first picture. That is Fred Sinclair with his arms folded. In the second pic, Skip's wife Johanna is on the left opposite Skip, Becky Sinclair is on the right.

I found the 3rd pic on the web with Skip at the back holding a beer (a common pose!) seated on the left is George Kelbly snr, Bob White is on the right. 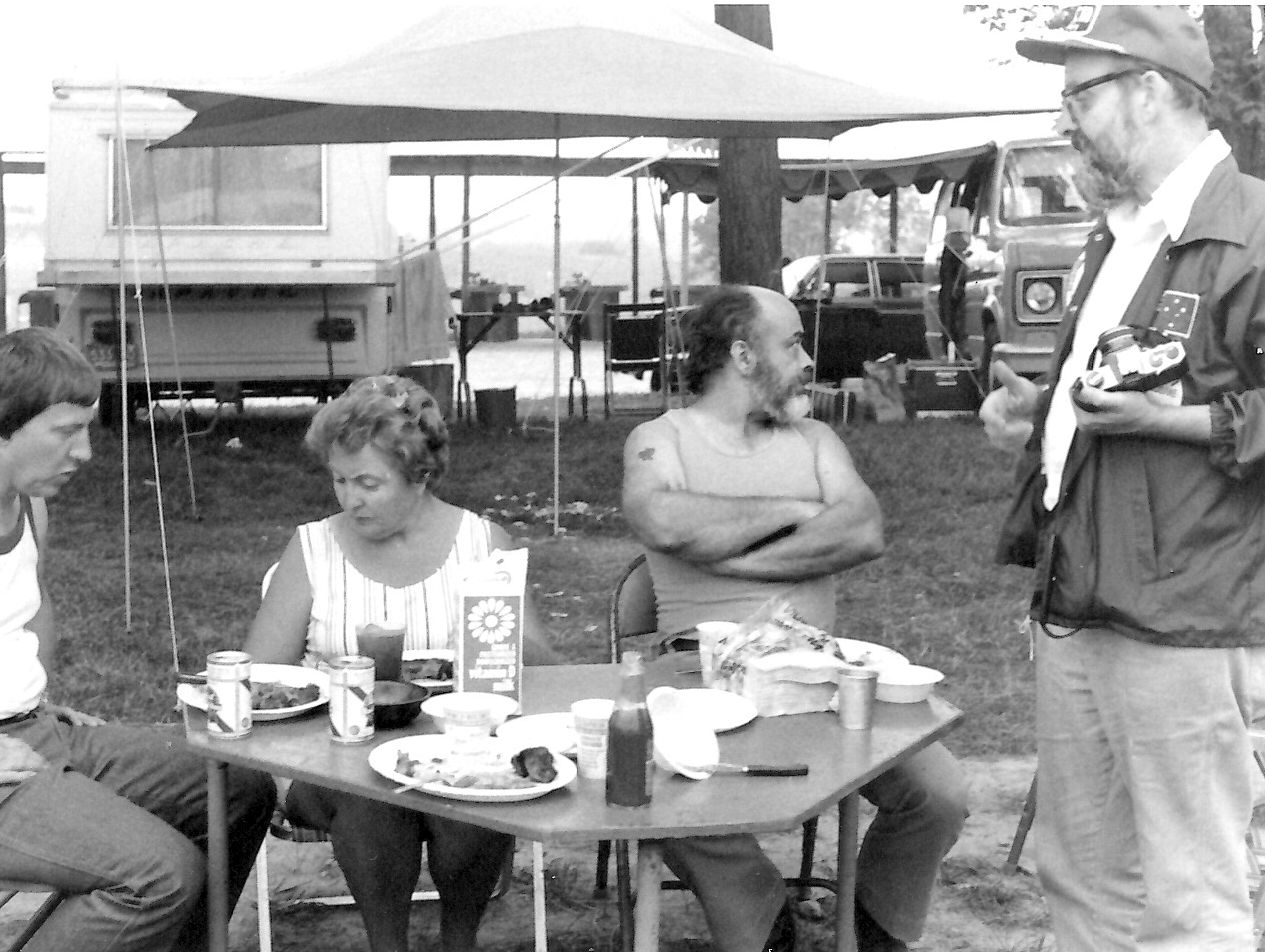 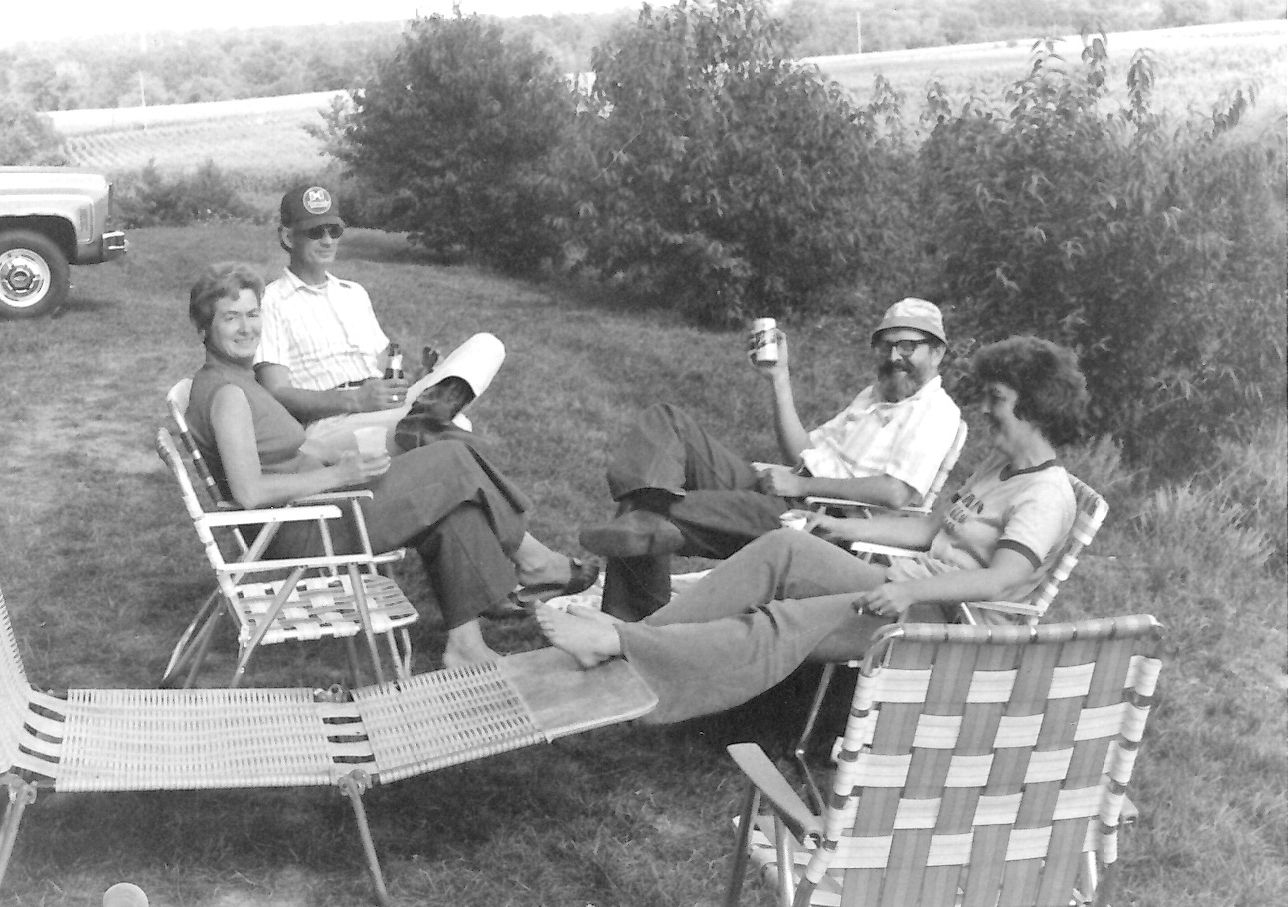 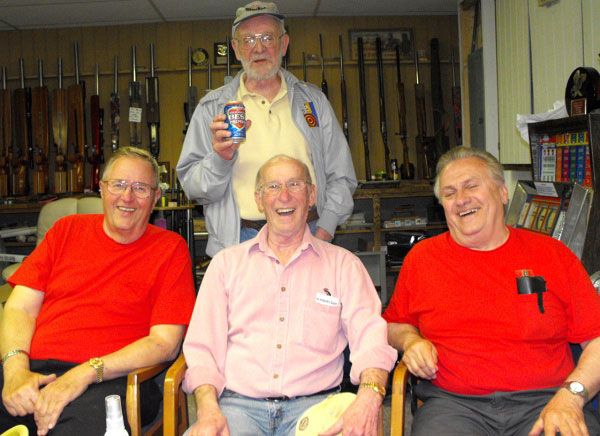 Skip was also very heavily involved with setting up the first World Benchrest Championship in France. Unfortunately he couldn't make it to the event as he was relocating to his new house in Eagles Mere but he was able to assist that Aussie team with making it to that First WBC in 1991.
Skip and Johanna enjoyed the company of Aussies and were known to have quite a few stay over whenever they could. They were great people and great to be with as well.
Rest in Peace dear friend.

The gentleman in the middle of Rob's third photo is Stan Buchtel and the sport of Benchrest owes this these four gentlemen a great, great deal.
Tony